Alora Young is Australian, and even though she doesn’t sound it, she has the Vegemite in her cupboard to prove it. 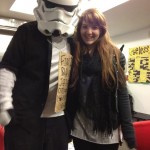 She’s currently an undergraduate Writing and Literature major at the California College of the Arts and is considering postgraduate studies in London because she, apparently, sees the solution to student loans as more loans. She’s been interning at Locus since June of 2012, and she does a lot of things there. These include odd office jobs, finishing off the LSFF Kickstarter project, helping with monthly fulfillment of digital issues, and mailing important things to important people, like reviewers and subscribers. Alora will stay at Locus as long as they’ll let her because she’s already learned more than she’d intended to, and she’ still waiting to see the elusive Squirrelzilla first hand.

Patrick Wells graduated from Santa Clara University with a degree in English Literature in June 2012. 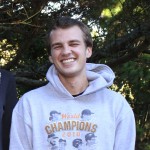 He began his internship at Locus in September 2012 where he has worked on different projects including automating subscription renewals using Excel, creating an online retail store using  WordPress on the Locus Foundation website, and helping with the numerous other day-to-day tasks that make up the running, publishing, and maintenance of Locus Magazine and its publishing headquarters.  In participating in the Locus internship, he hopes to achieve an understanding of the speculative fiction publishing world as well as develop the skills necessary to establish a foundation for further exploration of the publishing field. 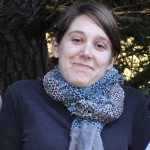 She started her internship with Locus in early August of 2012 and is currently working on proofreading, various administrative tasks, inventorying and archiving Locus‘s extensive collection of author interview micro-cassette tapes, and continuing the scanning and digitization project of the over 600 issues of the magazine.  As a new-comer to the world of publishing, Caitlin deeply appreciates the willingness of her co-workers to answer questions on day-to-day matters, like  “filing” and “werewolves” and “how to not break the scanner”. She relishes the scenic and small-yet-exuberant-dog-filled tromp up the hill, and the constant gleeful sense that she is getting away with something, because any place where you can hear, “People are always free to text me cephalopods” is really much too fun to be called work. 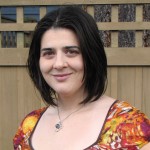 She interned at Locus from 2010 to 2011 where she advocated social media use as a way to connect with readers. Rachel also writes speculative fiction and published her first paid fictional short online as an accompaniment for a zombie infographic. She currently resides in Seattle, Washington and is earning her Strategic Marketing Management certification through the University of Washington’s Foster School of Business. You can read more about Rachel at www.rachellynbloom.com. 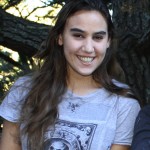